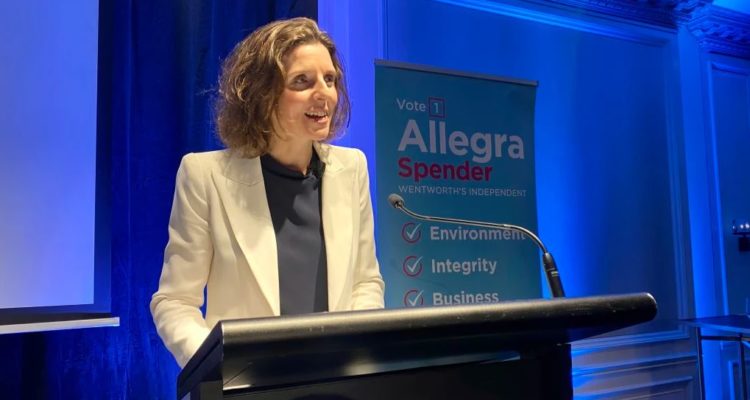 “He needs to get out of our way”: Allegra Spender ramped up the rhetoric against Dave Sharma at her campaign relaunch.(Michael Koziol)

A surprising proportion of Jewish voters are backing Allegra Spender in Wentworth, says Australian Jewish Association president David Adler, who gave the independent candidate his tick of approval amid criticism of the broader Climate 200 movement.

He said the AJA “looked into Allegra Spender personally and have found nothing that we would point to that is adverse to Israel or the Jewish community. On a personal level, she’s fine.”

It followed several stories in News Corp papers about individuals linked to climate independents who had been critical of Israel or expressed support for boycotting Israeli products and services.

The conservative Dr Adler said Jewish voters in Wentworth were divided as much as the wider electorate. Liberal MP and former ambassador to Israel Dave Sharma holds the seat by a margin of just 1.3 per cent.

NSW Jewish Board of Deputies chief executive Darren Bark said the Jewish community was “getting to know Allegra and wanting to find out more”, but Mr Sharma and Labor’s Tim Murray enjoyed the advantage of being “known quantities”.