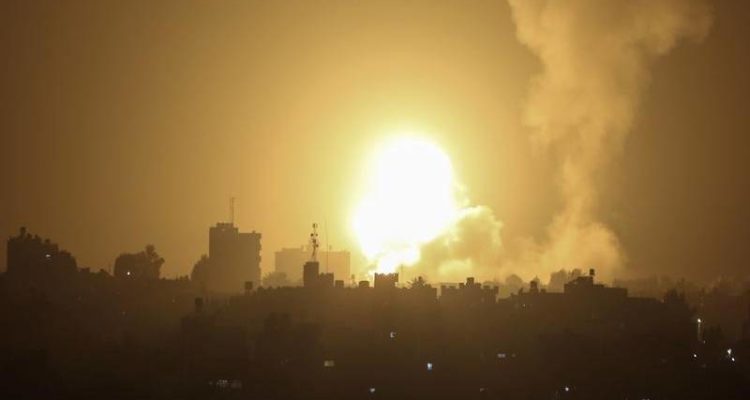 A Hamas spokesman says an Israeli airstrike in the Gaza Strip has failed.

Israel has fired on a target in the Gaza Strip, in response to a rocket attack, the Israel Defence Forces (IDF) says.

The foreign minister of Israel, Yair Lapid, is cutting his holiday in Spain short due to the rising tensions and will be back in Israel by the evening, the Foreign Ministry said on Tuesday.

“In response to the launch from Gaza into Israel, we just targeted a Hamas weapons manufacturing site in Gaza,” the IDF said in a tweet.

“The terrorist organisation Hamas is responsible for all terror activity emanating from the Gaza Strip.”

Israel views Hamas as responsible for any firing from the Gaza Strip.

The Palestinian militant organisation, which governs the Gaza Strip, is classified as terrorist by Israel, the United States, the European Union and Australia.

On Monday, Israel’s Iron Dome defence system intercepted a rocket fired from the Gaza Strip towards Israel, the first such attack in 2022.

In recent days, Palestinians have clashed with Israeli security forces on the Temple Mount/Noble Sanctuary site in Jerusalem.

There were numerous injuries.

The clashes further intensified tensions after violence in recent weeks.

The Temple Mount/Noble Sanctuary is under Muslim administration while Israel is responsible for security.