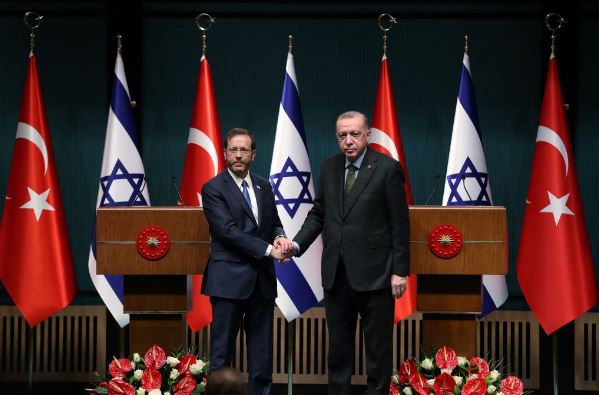 War in Ukraine is changing relations in the Middle East

Russia’s invasion of Ukraine has shaken up friends and foes in the Middle East. They are engaged in reassessing their relationships with the United States and Russia. Whether this will lead to a more stable and secure Middle East is hard to tell, but, so far at least, some changes in Turkish–Israeli, Turkish–US and US–UAE relations are heading in the direction that the parties want.

Turkey’s relations with Israel seem to be on the mend. The two sides were the best of friends before President Recep Tayyip Erdogan’s pragmatic Islamist Justice and Development Party was elected to power in 2002. They enjoyed close military, security, economic and trade ties. Turkey’s US-led NATO alliance and the Israel–US strategic partnership played a key role in the process.

However, as Erdogan reoriented Turkish foreign policy towards supporting the Palestinian cause and winning friends in the Muslim world, Turkish–Israeli relations took a downturn. Israel rebuffed Erdogan’s increased criticism of its brutal treatment of the Palestinians in the occupied territories in general and its 2008–09 military onslaught on the blockaded Gaza Strip in particular. Further deterioration came in January 2009 when at a Davos gathering Erdogan berated Israeli President Shimon Peres by saying, ‘When it comes to killing, you know very well how to kill’, and in May 2010 when the Israeli military raided a Turkish-sponsored flotilla attempting to deliver humanitarian aid to the blockaded Gaza, killing nine Turkish activists.