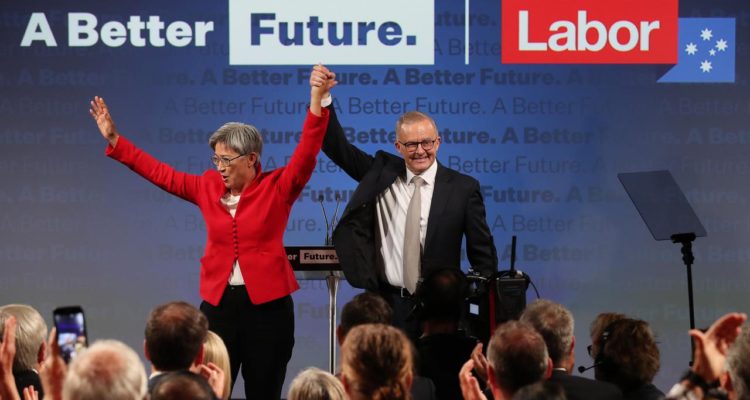 Labor not trusted to thwart rise in left’s anti-Semitism

“Jews Don’t Count” – the blunt title of British comedian and writer David Baddiel’s bestseller – would be shocking, were it not such a banal statement in many Jewish circles today. Jews have, in recent years, come to realise they have been excluded from the progressive left’s fight against bigotry and inequality. At a time of heightened sensitivity to all isms and phobias, anti-Semitism has become largely ignored by the very movement claiming to oppose all forms of discrimination.

In such a climate, it’s perhaps unsurprising that, just weeks out from the federal election, much of Australian Jewry is wondering where an Albanese government would stand on Israel and anti-Semitism. With Scott Morrison having displayed total ineptitude in the fight for a fairer, more equal Australia, many eyes have rightfully turned to Labor. And yet, despite the Opposition Leader’s promise to do better on discrimination, increasingly loud voices within his party displaying open hostility towards the Jewish state have raised concerns over whether he can stay true to his word.

Many left-leaning parties in Western democracies have fallen victim to anti-Israel agitators of late – UK Labour under Jeremy Corbyn and the Democrats in the US are examples. And, while not to the same degree, Australian Labor is certainly not innocent. Whether claims of Israeli “apartheid” from deputy Senate president Sue Lines; assertions from Tasmanian senator Anne Urquhart that Jews employ accusations of anti-Semitism as a “cynical” tool to silence Israel’s critics; from NSW MP Anne Stanley’s fabricated claims of Israel “bombing” the Al-Aqsa Mosque; libel from Queensland MP Graham Perrett that Israel deliberately bombs children in Gaza; or a litany of other demonstrably false anti-Israel claims from Labor MPs, there is no denying Labor’s serious and growing problem of anti-Israel sentiment in its ranks.

Read the article by Josh Feldman in The Australian.