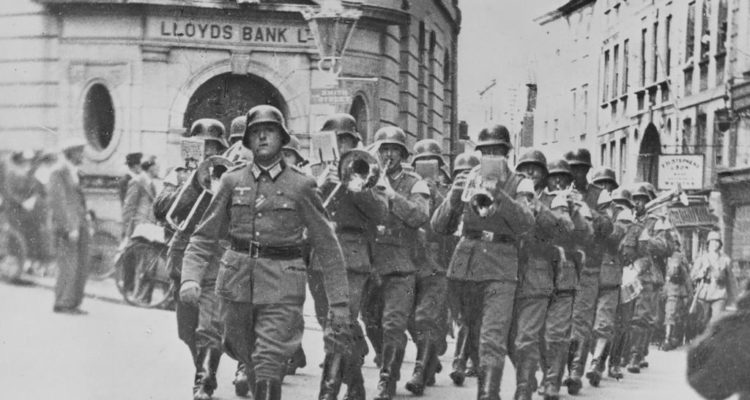 As a child in the Holocaust, Australia’s Diane Armstrong escaped a city that is once again a place of terror. Today she addresses a little-known – but very relevant – chapter of WWII.

It was a shimmering spring morning when I first arrived in Jersey, and as I drove along its winding lanes I was enchanted by the quaint French names and ancient manor houses. When I came to a magnificent mansion whose hanging turrets, gothic archways and dormer windows seemed to have come straight from a gothic novel, I couldn’t resist stopping for a closer look. I was peering through the gate when, to my embarrassment, the front door swung open and the owner walked towards me.

In a gothic novel he would have had a mad wife locked up behind one of those oriole windows, and a psychotic housekeeper planning to set the manor house ablaze, but as I discovered when Philip de Carteret invited me inside my hospitable host had a charming wife and an illustrious lineage he traced back to William the Conqueror. I left his home fascinated by the island’s history.

Eager to learn more about the past, I headed for the Occupation Museum. In the long tunnel that led to the entrance the sound of picks and hammers striking bare rock resounded eerily in the darkness. I heard glasses clinking and German voices singing ‘Lili Marlene’ and saw army jackets draped over the backs of chairs but the room was empty, as if the soldiers had just stepped out and would soon return. The sound effects created a frightening atmosphere.

Read the article by Diane Armstrong in The Daily Telegraph.