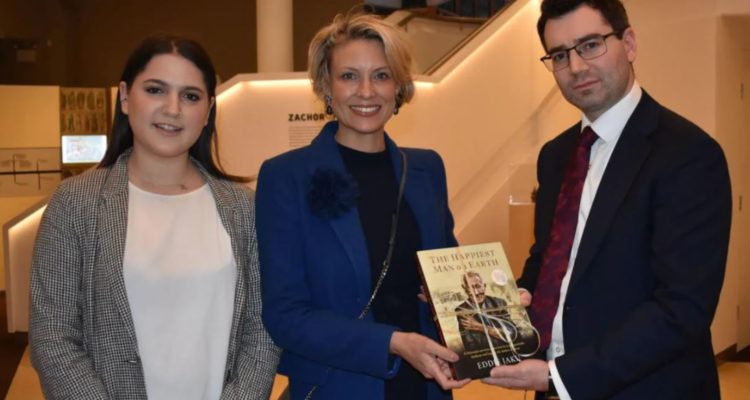 Liberal candidate for Warringah Katherine Deves visited the Sydney Jewish Museum on Friday, where she met with Alissa Foster (left) and NSW Jewish Board of Deputies CEO Darren Bark.

Liberal candidate for Warringah Katherine Deves “made the right decision” to visit the Sydney Jewish Museum in an act of contrition following her comments comparing the right to exclude transgender athletes from women’s sports to resistance to the Holocaust, say Jewish community leaders.

Soon after her confirmation as the Liberals’ Warringah candidate, Ms Deves attracted criticism from Jewish community leaders and others for past social media comments that drew parallels ­between the campaign to exclude transgender people from women’s sport and Nazi resistance during the Holocaust.

Ms Deves has curtailed her public campaigning since then, evading scrutiny at community and party events. She has also been shielded by security guards paid for by the Liberal Party.

Mr Bark said on Friday that Ms Deves’s museum visit was important and the NSW Jewish Board of Deputies was grateful she took the time to learn what Nazism was really like.