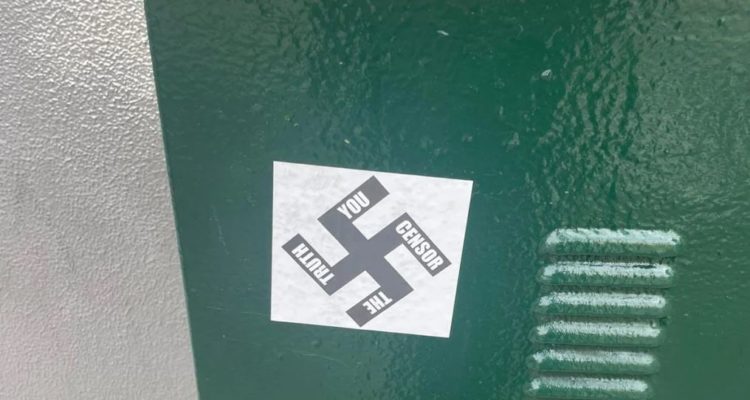 Two men have been charged after allegedly plastering Nazi swastika stickers on buildings in Caulfield.

Two men have been charged after allegedly plastering Nazi swastika stickers on a number of fences, light poles, bus stops and a Jewish community centre in Caulfield, just a day after the Andrews government introduced legislation to ban public displays of the hate symbol.

A 29-year-old Elwood man and a 21-year-old Doreen man were arrested at 10.30am in Caulfield, a suburb with a sizeable Jewish population, on Thursday. They have been charged with offensive behaviour and bill posting.

On Wednesday, Victoria became the first jurisdiction in the country to criminalise the display of the Nazi symbol, but the law will not come into effect for another 12 months.

Anti-Defamation Commission chairman Dvir Abramovich said the latest incident was a timely wake-up call to monitor the resurgence of the neo-Nazi movement.

“This terrifying incident is a declaration of war against the Jewish community by Hitler worshippers who are ramping up their sickening campaign of terror, intimidation and fear,” Abramovich said.

“People walking the streets of Caulfield with their children should not be confronted by dangerous individuals spreading their poisonous ideology of murder and extermination. I have no doubt that this frontal assault by these hardcore bigots is in direct response to the ban announced [on Wednesday].”