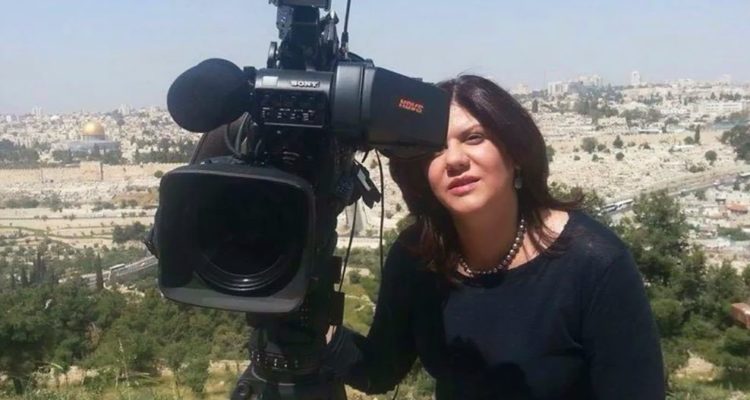 Tel Aviv: A day after a Palestinian American journalist was killed during an Israeli raid in a West Bank city, the Israeli military said that it was investigating the possibility that the fatal shot may have been fired by one of its soldiers, according to an Israel Defence Forces official.

The official said the military was investigating three separate shooting incidents involving its soldiers after the death of the reporter, Shireen Abu Akleh, a longtime correspondent for the Al Jazeera news channel, as well as the wounding of her producer in the Jenin Refugee Camp on Wednesday.

The acknowledgment that one of Israel’s soldiers might have been culpable marked a significant backtrack from Israel’s initial explanation for the shooting – that Abu Akleh was “most likely” hit by fire from Palestinian militants.

The IDF official, who spoke on the condition of anonymity to share details of an ongoing investigation, said that the military was looking into an exchange of gunfire between Israeli soldiers in a vehicle and one or more armed Palestinian men who he said were shooting at the vehicle.

The official said that the shooting occurred on a street roughly 150 metres from the spot where Abu Akleh was killed. Of the three incidents being investigated, it was “the more probable to be involved in the death of Shireen,” the official said.

Read the article by Shira Rubin and Steve Hendrix in The Age.