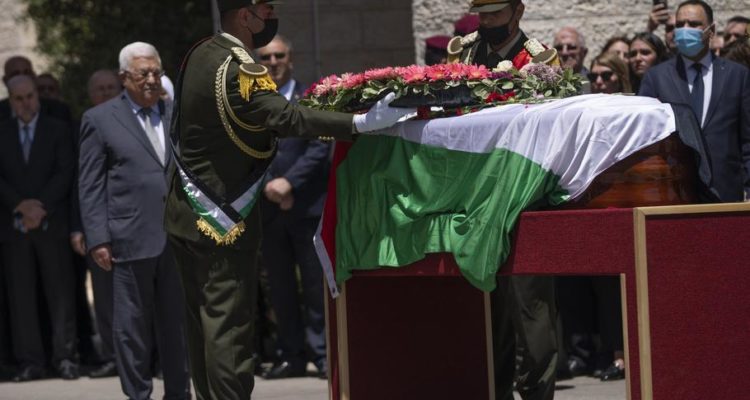 Thousands gathered to mourn a slain Al Jazeera journalist in the occupied West Bank city of Ramallah on Thursday, as the head of the Palestinian Authority blamed Israel for her death and rejected Israeli calls for a joint investigation.

Shireen Abu Akleh, a Palestinian-American reporter who covered the Mideast conflict for more than 25 years, was shot dead Wednesday during an Israeli military raid in the West Bank town of Jenin. Journalists who were with her, including one who was shot and wounded, said Israeli forces fired upon them even though they were clearly identifiable as reporters.