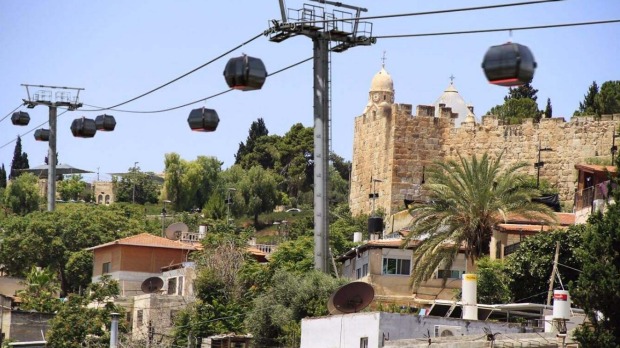 A cable car that will run through the Old City of Jerusalem has been given the go-ahead after the Supreme Court gave the controversial project, branded an “eyesore” by critics, the green light.

Palestinians have long opposed the plans, arguing that the aerial lift will erase the heritage of the land and ruin the vistas over the ancient city.

In 2019, the Israeli government approved the idea, prompting opponents to launch a court battle that they said was intended to prevent the holy site from being turned into a “Disneyland”-type attraction.

Up to 3,000 tourists per hour can be shuttled in the cable car in a four-minute ride to East Jerusalem, passing metres above the homes of Palestinians.

The developers insist that the $US63 million cable car will promote tourism to Jerusalem’s Old City and alleviate the often heavy congestion on the roads. The route of the cable car, however, would force tourists to bypass the neighbourhood of Silwan at the foothills of the city.

Campaigners have long complained that bypassing the areas would remove the Palestinian context from the journey to the Old City and tourists would feel like they were immediately entering a Jewish city.

It would also affect Palestinian traders, who would lose key footfall traffic.

Read the article by Abbie Cheeseman on Traveller (from The Telegraph, London).