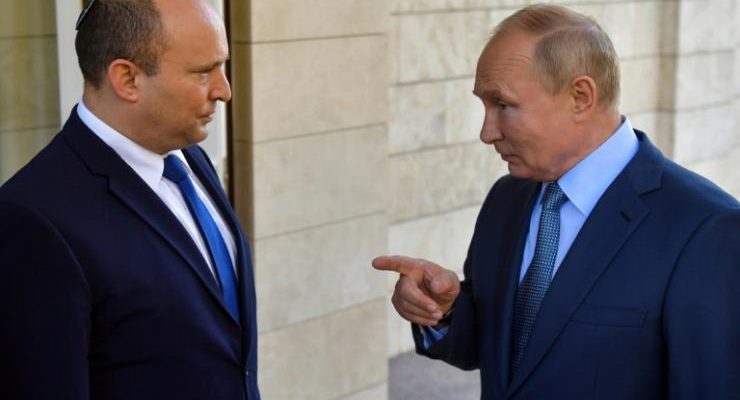 Israel’s Defense Ministry has denied reports that it was giving Ukraine the Blue Spear (5G SSM) land-to-sea missile system via Estonia. This comes a day after a journalist claimed Tel Aviv had given Estonia the nod to hand over the missile to Ukraine.

It was Ukrainian journalist Rostyslav Demchuk who claimed Friday that Estonia, which owns Israeli-made Blue Spear systems, asked Israel for its authorization to transfer one of the systems to Ukraine’s Armed Forces, reported the Jerusalem Post.  Estonia too declined the claim.

Estonia had purchased an unspecified number of Blue Spear systems from its manufacturer Israel Aerospace Industries (IAI) in October 2021. “Last night it became known that Israel met the request of Estonia to pass one complex of blue spear (5 g ssm) on the arms of Ukraine. One such complex is enough to sink the entire Russian fleet in the Black Sea,” Demchuk wrote on Facebook.

Demchuk added that the Blue Spear is an “advanced high-precision weapon capable of operating in all weather conditions, day and night, and also provides the ability to deliver beyond direct visibility strikes on mobile and real targets at sea.”

The missile, from the Gabriel family of sea-skimming anti-ship missiles, is reportedly manufactured by Israel Aerospace Industries (IAI) and was first developed in the 1960s for the Israeli Navy.

The missile’s warhead reportedly has a radar-homing seeker and beyond-line-of-sight technology that provides it maximum accuracy even when GPS systems are disrupted. It also can find a moving or stationary target, and strike it as far away as 400km.

Read the article by Meera Suresh in the International Business Times.