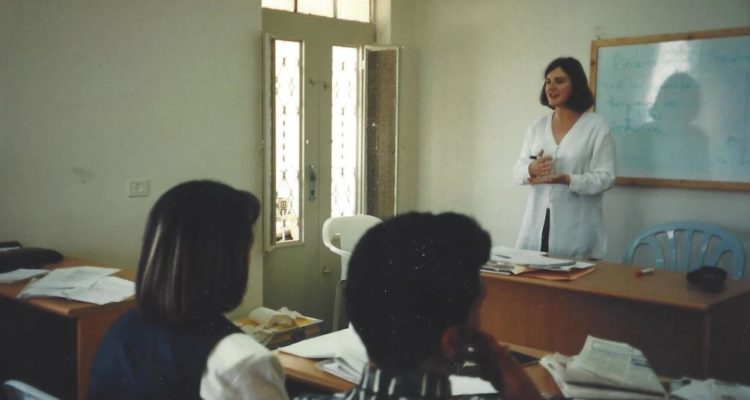 Sadness behind the smile: Shireen Abu Akleh, a voice for Palestine

I was sitting at a cafe in the late afternoon when I heard a newsflash that Palestinian journalist Shireen Abu Akleh had been shot dead in the Israeli-occupied West Bank town of Jenin after an Israeli army raid.

I froze and then was overwhelmed with anger, sadness and that familiar feeling of nausea in the pit of my stomach each time Palestine loses another voice it can’t afford to lose. Shireen was close to my circle of friends and relatives in Jerusalem. I did not know her very well, but she still felt like family. It was a sentiment shared by Palestinians and Arabs who had never met her but who had watched her in their living rooms for decades.

I first met Shireen in 1996 when I was working at the Palestinian Broadcasting Corporation (PBC) in Ramallah, training the first generation of Palestinian television journalists. She was quiet but passionate about journalism and wanted to learn as much as possible about storytelling.

The Palestinians had access to the airwaves for the first time in decades after the Oslo Accords between the PLO and Israel were signed in 1993. The PBC was on two levels; radio, where Shireen worked on a program called Voice of Palestine, was upstairs, and television was downstairs. Voice of Palestine’s talkback format was already making waves as ordinary Palestinians seized the opportunity to vent their problems publicly.

I arrived in the West Bank after working as a TV reporter at the Australian Broadcasting Corporation. I did not declare my Palestinian identity while at the ABC because, at the time, just identifying as Palestinian was considered a political statement in itself.

Read the article by Sherine Salama in The Sydney Morning Herald.