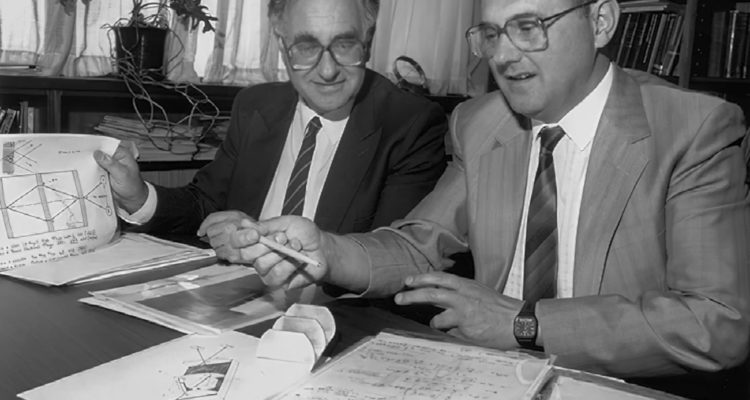 Emeritus Professor Anthony George Klein, AM, who passed away in November aged 85, was an outstanding physicist, research leader, teacher, science communicator, mentor, and much loved and admired family man, friend and colleague.

Tony’s long association with the University of Melbourne where he was Emeritus Professor of Physics began as an engineering student in 1954 and continued until his death. He held two doctorates from Melbourne – a PhD (1976) and a DSc (1987).

Tony was recognised by his university, profession, and country for his many achievements.

Tony was born in Timisoara, Romania, in 1935, the only child of Jewish parents. He witnessed anti-Semitism, saw the wartime Nazi-allied dictatorship of Marshal Ion Antonescu, the post-war communist regime, lived a year in Israel in 1952, then migrated to Australia with family in 1953. He had a keen sense of family history and was deeply grateful for his new life in Australia. In 2014, in his late 70s, Tony began his 200-page memoirs. Tony reflected on his personal and family history in Romania and recorded his lifetime in science and teaching and described the influences shaping his life and career.

His memoirs tell the story of his family’s survival in World War II. In 1939, Romania was allied with the West. But in November 1940 a fascist military government under Ion Antonescu seized power and Romania joined the Axis alliance. Romanian Jews were vulnerable to confiscation of property, conscription into labour camps, expulsion, deportation and death. About 400,000 Jews including several of Tony’s aunts and uncles were murdered in Romanian-controlled areas.

Read the article by Leon Mann and David Satchell in The Sydney Morning Herald.