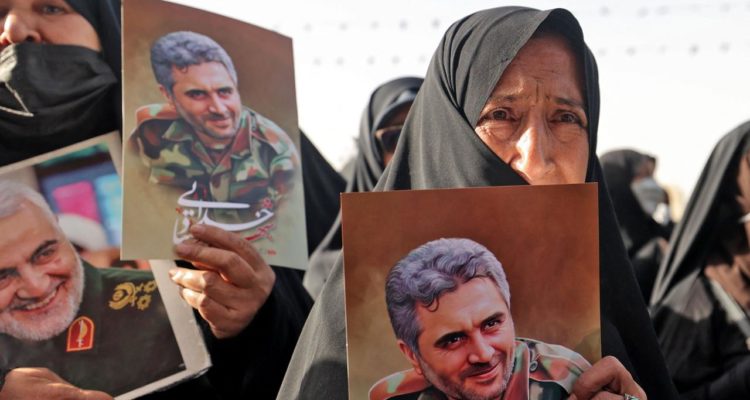 Officer killed in Tehran involved in plot to kill Israeli diplomat, US general

An Iranian Islamic Revolutionary Guard Corps officer shot and killed outside his Tehran home led the group’s efforts to assassinate opponents of Iran around the world, including recent failed plots to kill an Israeli diplomat, an American general and a French intellectual.

Colonel Hassan Sayyad Khodai planned kidnappings and killings for an arm of the IRCG known as Quds Force Unit 840, people familiar with the matter said. They said he recruited agents to carry out operations globally, including in Colombia and Cyprus, mostly against Israeli targets but also aimed at people from other countries viewed as hostile by Iran.

Khodai was involved in a foiled plot to kill Israeli businessmen in Cyprus in 2021. Cypriot authorities arrested an Azerbaijani national in connection with the alleged plot who was found with a pistol in his possession. The suspect has denied the allegations and is going to trial.

Some of the people familiar with the matter said they didn’t know if any of the operations allegedly planned by Khodai had resulted in any targeted person’s death. No one has claimed responsibility for killing Khodai.

In a letter to the UN on Wednesday, Iran described Khodai as “a member of the Iranian Armed Forces who played a significant role in the fight against terrorism and Daesh in the region”. Daesh is the Arabic acronym for Islamic State.

Read the article by Dov Lieber and Dion Nissenbaum in The Australian (from The Wall Street Journal).