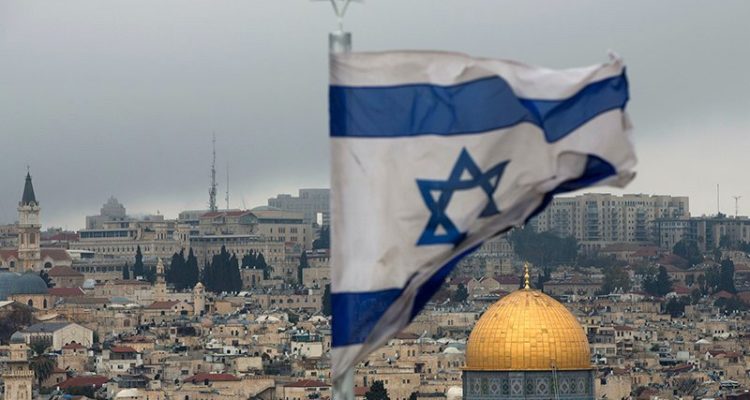 A view of the Dome of the Rock and Jerusalem’s Old City, behind an Israeli flag, seen from the Mount of Olives on 6th December, 2017. (AP/Oded Balilty)

US poll: White evangelical support for Israel higher than any other Christian group

Earlier this week, 12 Republican senators sent a letter to US Secretary of State Antony Blinken, asking to rescind the $US1 million grants the State Department gives to “anti-Israel NGOs”.

Overall, the survey of 10,441 US adults, taken in March, found that two-thirds of Americans express at least a somewhat favourable view of the Israeli people. But it also found a modest warming to Palestinians, among younger Americans, and a general lack of familiarity and support for the Boycott Divestment and Sanctions movement, which aims to press Israel to change its policies toward the Palestinians.

As with so many other political issues (abortion, immigration, race, guns), white evangelicals stand out from other religious groups in their views. When it comes to Israel, those views appear firmly rooted in their faith.