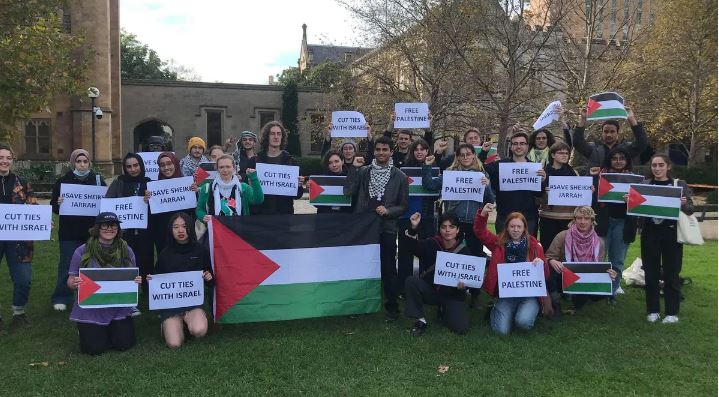 Student union backs down on support for Palestine

The University of Melbourne Student Union (UMSU) student council on 26 May voted to rescind a historic pro-Palestine motion after receiving a threat of a class-action lawsuit. The motion, which passed a month earlier, included support for Palestinians to engage in armed struggle in their fight for self-determination and endorsed the Boycott, Divestment and Sanctions (BDS) campaign against Israel.

Since passing the motion, the union has faced a torrent of cynical accusations of anti-Semitism from the university administration, various Zionist organisations and the Murdoch press. This blowback culminated in a student member of the Liberal Party, Justin Riazaty, who is a former head of the now-defunct Monarchist Society, initiating a class-action lawsuit.

Gladwin Legal sent a letter to UMSU instructing the council to rescind the Palestine motion and issue a formal apology to Riazaty, who is not Jewish, to avoid legal action. Greg Barns, Australian Lawyers Alliance spokesman and SC, accurately described the class action as “aggressive threatening” and a “vicious attack on freedom of speech”.

The letter claimed UMSU was in breach of the Associations Incorporation Reform Act 2012 and the Racial and Religious Tolerance Act 2001. On the webpage set up to register interest in the class action, Gladwin Legal declared that UMSU had acted outside the scope of its purposes by passing a political motion and that the union had engaged in “oppressive conduct” by not consulting Jewish students.

Read the article by Emma Dynes in Red Flag.