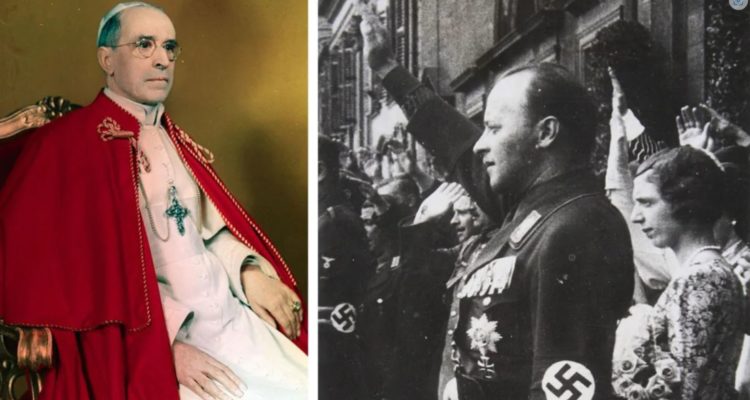 Prince Philipp of Hesse, Queen Victoria’s great-grandson, was the go-between in talks with Pius XII to preserve the church. (Getty Images)

In long-distance negotiations held between 1939 and 1941, Pius discussed stifling criticism of Hitler in return for an end to the Nazi crackdown on the Catholic Church in Germany, according to archive material hidden for 80 years by the Vatican.

The secret communications were conducted with the help of Hitler’s emissary, Prince Philipp of Hesse, a 36-year-old German aristocrat descended from Queen Victoria who was a third cousin of the Queen.

“Outside Hitler’s political circle, Philipp was one of the closest people to him,” said the US historian David Kertzer, who discovered the documents and will publish his findings this month in a new book, The Pope at War.

The documents were among archive material about Pius’s papacy released in 2020 by Pope Francis after years of Vatican stalling and were eagerly seized on by historians as a chance to understand the wartime pope’s muted criticism of fascism and his silence over the Holocaust.

Kercher’s discovery of the dialogue with Hitler now gives a fascinating new insight into the Pius’s docile attitude to Nazi Germany. “Pius had someone listen in to the talks and transcribe them, but they were kept secret at the time and systemically expunged from earlier releases of Vatican documents,” said Kertzer, a professor of anthropology and Italian studies at Brown University.

Read the article by Tom Kington in The Australian.