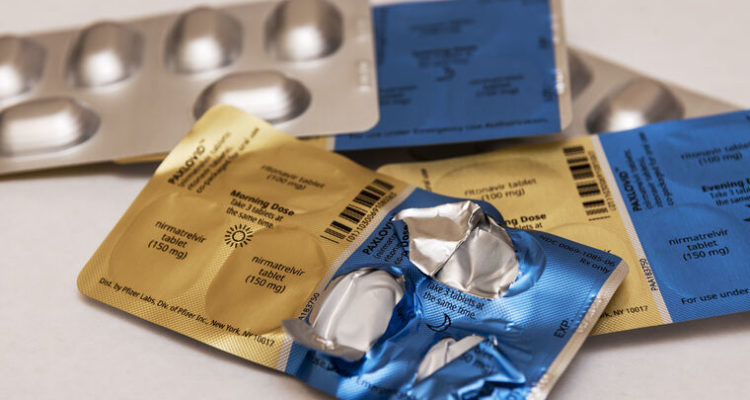 Re-transmission correcting Paxlovid spelling error. Blister packs of Paxlovid, an anti-viral medication consisting of doses of Nirmatrelvir and Ritonavir, are seen in New York on Wednesday, May 18, 2022. The drug combination is manufactured by Pfizer.. (Photo by Richard B. Levine)

Researchers from Israel’s Clalit Health Services (CHS) and Ben-Gurion University of the Negev subsequently released a separate pre-print study this week, concentrating only on nirmatrelvir/ ritonavir.

It was also an observational, retrospective cohort study, this time based on medical record data from CHS, which authors describe as ‘a large healthcare organisation covering approximately 52% of the entire Israeli population and almost two-thirds of the older adults’.

The study, which included all CHS members with confirmed COVID-19 deemed as high risk from severe disease, also lasted two months from 9 January this year until 10 March. Omicron, once again, was the dominant strain in the country at the time.

The study included all CHS members, 40 years of age and older, with confirmed infection of SARS-CoV-2.

The study found hospitalisations and deaths were cut significantly among treated patients in those aged 65 and over.

‘However, no significant benefit in avoidance of severe COVID-19 outcomes was shown in younger adults.’

The researchers found a lack of prior COVID-19 immunity and previous hospitalisation were the factors most linked to high rates of hospitalisations, with immunosuppression ‘significantly associated’ with those hospitalised among the 40–64 age group.

Read the article by Jolyon Attwooll on NewsGP.