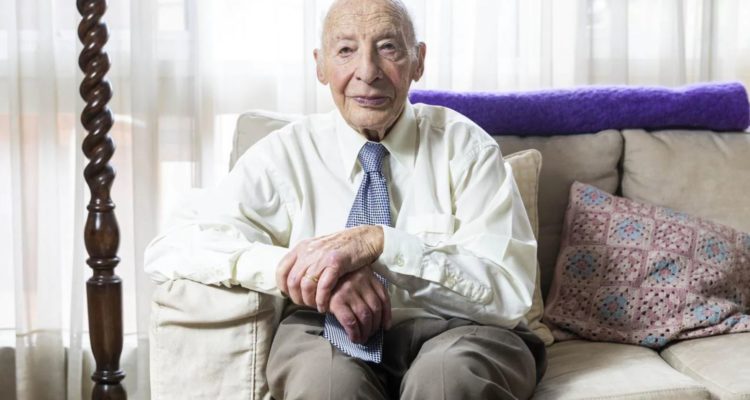 He is 100 years old in a few months, enjoying a life that the Nazis tried to extinguish when he was just a teenager, but Joe de Haan says the most important work of his life is just beginning.

De Haan is a key figure in the nation’s first permanent exhibition to tell the story of the child survivors of the Holocaust to this generation of young Australians.

In it, de Haan tells his astonishing tale of escaping certain death multiple times as he hid from German soldiers in remote farmhouses across Holland while those around him were sent to the gas chambers of Auschwitz and other death camps.

“I was very very lucky,” he says, to be among the 10 per cent of Jewish children to survive in Nazi-occupied Europe at a time when an unfathomable 1.5 million Jewish children were murdered by Hitler’s regime. “But the most important part of my life is now. My work at the (Melbourne) Holocaust Museum is about teaching young children not to hate, whatever their circumstance.

“I tell them we are all given a heart to love with and a brain to think with, and while we may have different opinions or religions, we are the same human beings. I say to them don’t walk around with hate in your heart, have love in your heart instead.”

Read the article by Cameron Stewart in The Australian.