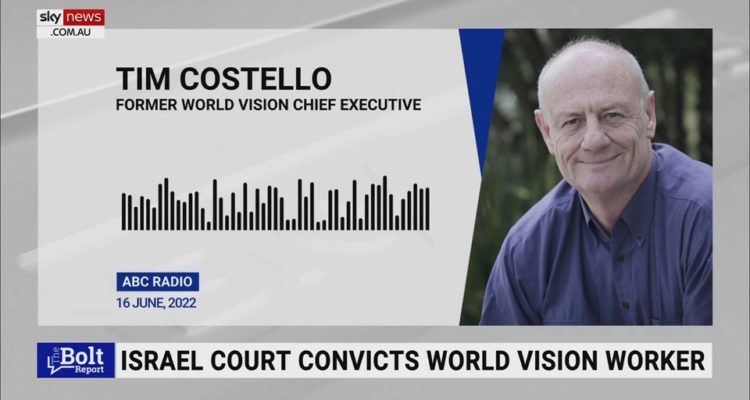 Sky News host Andrew Bolt says convicted former Gazan aid worker Mohammed El Halabi is either a “disgusting thief” or is the victim of a “gross injustice” by one of Israel’s courts.

Six years after his arrest, Mr Halabi was found guilty of transferring millions of dollars to the Islamist group Hamas.

Mr Bolt said much of the evidence against Mr Halabi is “classified for security reasons”.

Tim Costello, who was head of World Vision Australia at the time of the crimes, told ABC Radio an “innocent man” has been found guilty with “no evidence produced”.

“If you don’t trust Israel, Halabi is a martyr,” he said.

“But if you do trust Israel, you can’t prove he’s guilty.”

Watch the interview with Andrew Bolt on The Bolt Report.