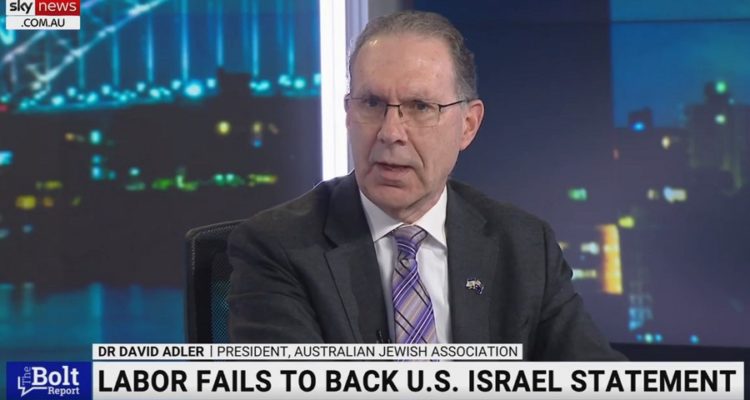 Australia ‘has moved’ in its position with regard to Israel: Adler

President of the Australian Jewish Association Dr David Adler says Australia did not join other nations in objecting to the UN’s inquiry into human rights issues in Israel.

“The fact that Australia failed to join with other allies for a joint statement is, in our view, a significant shift in policy,” he told Sky News host Rowan Dean.

“Within weeks of being elected, Australia has actually moved, at least from a diplomatic perspective, in its position with regard to Israel in supporting the only democracy in the Middle East.

“I think that’s regrettable, and we object to it.”

Watch the report by Rowan Dean on The Bolt Report.