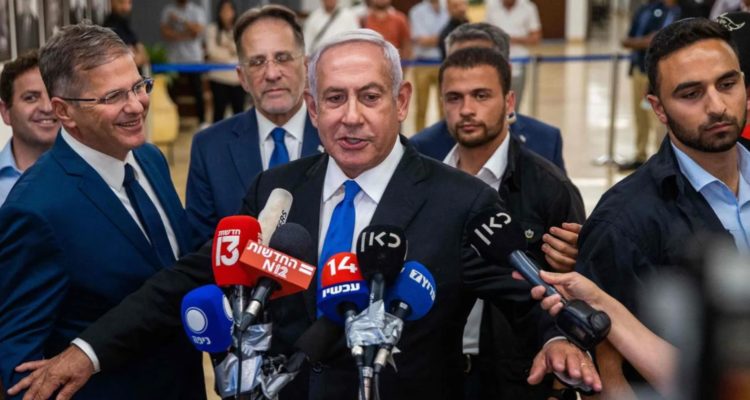 Netanyahu in bid to return as Israel heads for new elections

Israeli Prime Minister Naftali Bennett says he will move to dissolve parliament and call for the country’s fifth election in three years, marking the end of the most diverse ruling coalition in Israel’s history.

The decision ends an unusual period in Israeli politics, when a coalition from the country’s centre, right, left and an independent Arab party came together for the first time to form a government. The coalition is now poised to be among the shortest-lived in Israel’s history, after marking its first anniversary last week.

The deep ideological differences of the coalition’s eight parties created an unwieldy alliance. Members clashed over policies related to West Bank settlements, Palestinians and questions of religion and state. Controlling just 61 of 120 seats in parliament from its outset, the coalition lost its majority in April after a member of Mr Bennett’s party resigned.

Read the article by Dov Lieber in The Australian (from The Wall Street Journal).