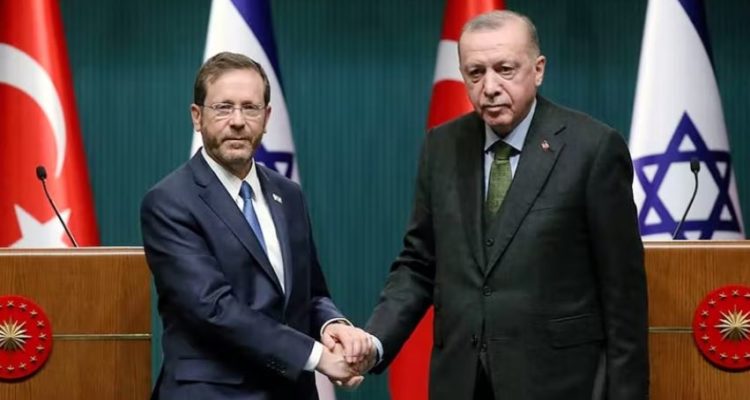 On Friday night, when the Israeli government usually shuts down for Shabbat, the Prime Minister’s office issued an emergency briefing. An attack on Israeli tourists in Istanbul was ‘imminent’, it said. Israelis in Turkey were ordered to stay in their hotel rooms for fear of assassins, sent by Iran. There was no attack that night, as it happened, but the threat to the many Israelis in Turkey remains.

Iran’s Islamic Revolutionary Guards Corps has become increasingly enraged by Mossad’s assassinations of IRGC officers in Iran, and decided that the best and easiest way to get revenge is to target the thousands of Israelis in Istanbul. Both Turkish and Israeli intelligence confirm this.

This is not as strange as it might sound. Iran has a border and visa-free travel with Turkey and its intelligence services maintain an active presence there. For years, it’s been assassinating and abducting Iranian dissidents on Turkish soil. The recent disappearance of Iranian journalist Mohammad Bagher Moradi, who had sheltered for nine years in Turkey, is thought to have been carried out by Iran.

The challenge facing Turkish and Israeli security services isn’t just the enormous number of targets to protect (Turkey is a very popular destination for Israelis), but also the fact that the potential assassins may not be Iranian operatives. Word is out on the streets of Istanbul (a city of well over 15 million people, including millions of refugees and migrants) that there’s a bounty on Israeli tourists. A hit could be carried out by any roving gunman. Istanbul remains a hub for networks that smuggled Isis volunteers to Syria, and was until recently a major base for Hamas, before the government limited their freedoms.