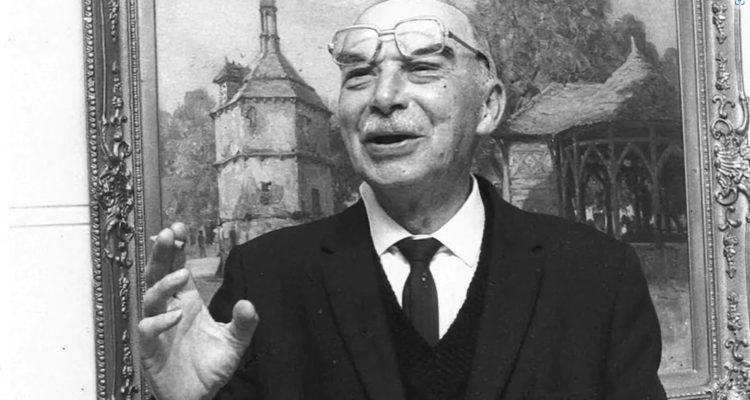 Wollongong Art Gallery is working with Sydney Jewish Museum to take a ‘considered and sensitive approach’ after a donor was identified as a Nazi.

A recent investigation into Bronius ‘Bob’ Šredersas (1910-1982) has identified the late Wollongong Art Gallery donor as a former intelligence officer with the Nazi security service.

The Lithuanian immigrant and Wollongong resident bequeathed around 100 artworks by prominent Australian artists, including Grace Cossington-Smith, Arthur Streeton, Pro Hart and Margret Preston, to the Gallery collection in 1977.

A room at the Council-owned gallery, containing both the art collection in question and a plaque honouring Šredersas, is currently named in his honour.

According to Guardian Australia, former Wollongong councilor Michael Samaras revealed documents that suggested Šredersas was involved with the intelligence service of the Waffen-SS – known as the Sicherheitsdienst – during the German occupation of Lithuania in WWII.

A subsequent investigation by the NSW Jewish Board of Deputies and the Sydney Jewish Museum has confirmed the allegations.

Wollongong City Council has promised to respond to the revelation in a way that is ‘caring, sensitive and culturally appropriate’.

It is understood Šredersas concealed his identity after moving to Australia in 1950.

In an interview with The Australian, Samaras said: ‘[The Wollongong City Council] should have a public process that leads to removing the plaque, changing the name, and interpreting it properly … This has to be about education and understanding if it’s going to have any sort of positive contribution.’

Read the article by Celina Lei on Arts Hub.