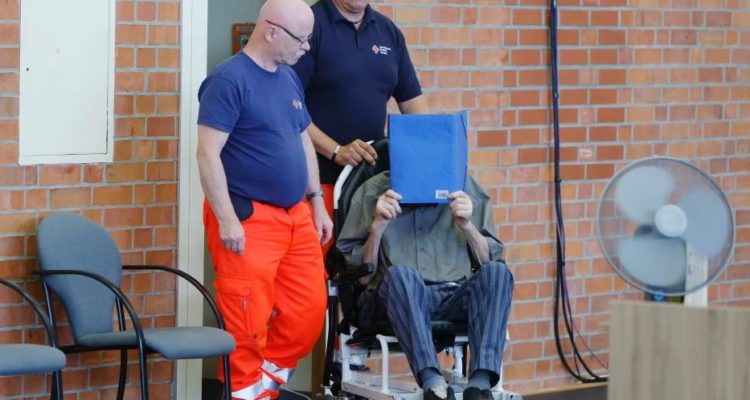 The accused Josef S covers his face as he sits at the court room in Brandenburg, Germany on Tuesday. (AP)

Berlin: A 101-year-old man was convicted in Germany of more than 3500 counts of accessory to murder on Tuesday for serving at the Nazis’ Sachsenhausen concentration camp during World War II.

The Neuruppin Regional Court sentenced him to five years in prison.

The man, who was identified by local media as Josef S, had denied working as an SS guard at the camp and aiding and abetting the murder of thousands of prisoners.

In the trial, which opened in October, the centenarian said that he had worked as a farm labourer near Pasewalk in northeastern Germany during the period in question.

However, the court considered it proven that he worked at the camp on the outskirts of Berlin between 1942 and 1945 as an enlisted member of the Nazi Party’s paramilitary wing, the German news agency dpa reported.

“The court has come to the conclusion that, contrary to what you claim, you worked in the concentration camp as a guard for about three years,” presiding Judge Udo Lechtermann said, according to dpa. He added that, in doing so, the defendant had assisted in the Nazis’ terror and murder mechanism.

“You willingly supported this mass extermination with your activity,” Lechtermann said. “You watched deported people being cruelly tortured and murdered there every day for three years.”

Read the article by Kirsten Grieshaber in The Sydney Morning Herald.