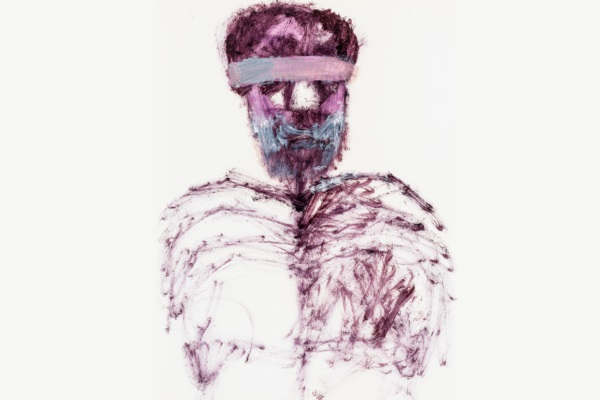 The Sydney Jewish Museum is holding a very special exhibition of Sidney Nolan paintings: Shaken To His Core: The Untold Story Of Nolan’s Auschwitz”.

Known best for his depictions of bushrangers, Nolan also produced  a series of paintings of Nazi monster Adolf Eichmann during his trial in 1961. Nolan had been invited to attend the trial by a London Observer journalist to illustrate an article about Auschwitz.

Nolan’s portraits of the war criminal depict him as seen through the glass behind which he sat for his trial in Poland.

When Eichmann was found guilty of crimes against the Jewish people, crimes against humanity and war crimes, and was sentenced to death, Nolan began to paint the faces of the victims of the Holocaust.

The Head Curator of the Sydney Jewish Museum, Roslyn Sugarman, says “Nolan grappled to find a language to convey the horror and inhumanity of the Holocaust and wrestled to find meaning amongst the suffering. This is a visceral and emotional exhibition that puts an inimitable lens on history, drawing us beyond historical facts. It fills the gap that imagination cannot stretch to.”

Read the article on CityHub.