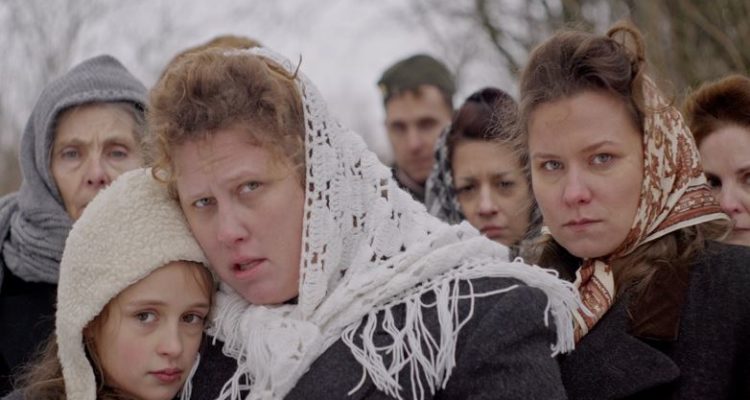 Associate Professor Peter Hegedus has been selected to premier his film, Sorella’s Story to the world at the prestigious Venice International Film Festival in August.

The film explores the story behind a single atrocity photograph of a group of women and 11-year-old Sorella, during the Holocaust.

Shot in 360° and viewed through a Virtual Reality headset, Sorella’s Story places the viewer in the snowy landscape of 1941 Latvia and is set prior to a mass execution on a beach during the Holocaust.

The work was written, directed, and produced by Peter and was produced by Jaclyn McLendon and Bobbi-Lea Dionysius and co-produced by Axel Griegor and András Muhi with Peter Kurucz as sound designer.

Peter said that using 360° technology to produce the film enabled a more impactful way to connect the viewer with the story.

“I was deeply moved by the image of the women in the photograph and wanted to be brave, to tell stories about the Holocaust that push boundaries and engage with new audiences,” Associate Professor Hedegus said.

“The honour of premiering the film at the Venice International Film Festival realises the dream of being able to offer that experience to people from around the world.”

Read the article by CJ Roberts from Griffith News.