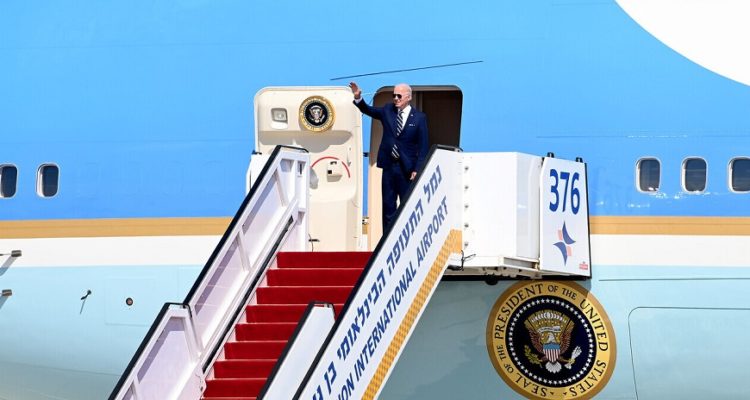 In mid-July Joe Biden visited the Middle East. The US president was at pains to strengthen economic partnerships in the region and emphasise America’s reliability as an ally.

United States President Joe Biden returned recently from a four-day whirlwind tour to Israel, the West Bank, and Saudi Arabia. Before he left Washington, Biden took the unusual step of writing an op-ed in the Washington Post justifying his reasons for visiting Saudi Arabia. In the piece, Biden stated “it is my job to keep our country strong and secure. We have to counter Russia’s aggression, put ourselves in the best possible position to outcompete China, and work for greater stability in a consequential region of the world.” What is clear now, post-trip, is that the method for achieving these goals, and the main priority, was to strengthen the United States’ economic ties in the region.

Relations between the United States and Saudi Arabia have been strained since the killing of Jamal Khashoggi in 2018 and the release of a US government report stating Crown Prince Mohammad bin Salmon ‒ better known as MBS ‒ approved the assassination. President Biden previously vowed to make Saudi Arabia a “pariah” as a result, but economic priorities clearly outweighed Washington’s ongoing outrage at the kingdom’s flagrant human rights abuses. Biden met with MBS (complete with an awkward fist-bump greeting), provided him and other regional leaders with assurances, and discussed future cooperation on energy, security, trade, and climate change, including an agreement to build 5G and 6G telecommunications networks.

Read the article by Prof Sally Totman in Australian Institute for International Affairs.