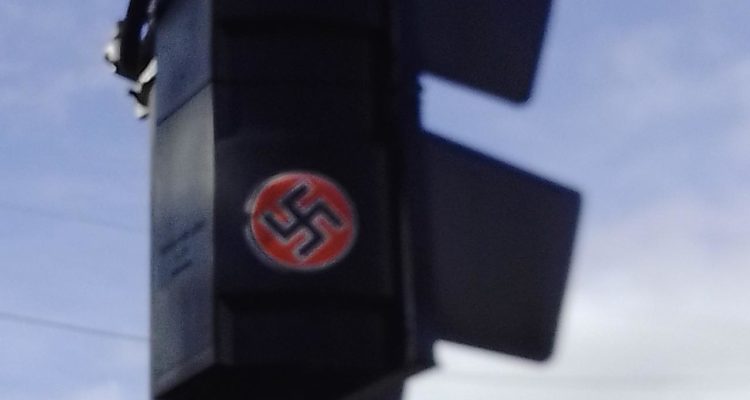 North Adelaide residents have been left concerned over a Nazi vandalism spree, with swastika stickers found plastered across the suburb.

One of the stickers was slapped on to a traffic light opposite North Adelaide Primary School, on Tynte Street.

“The stickers themselves are not going to harm anyone but it‘s the symbol of pure evil it represents,” Robert said.

“I would like the person or people responsible to step forward and express their political view point in public.

“I‘m all in favour of freedom of speech. But somehow I don’t think they will.”

A City of Adelaide spokesman said the council had been made aware of the stickers and was working to remove them.

Anyone who sees the stickers has been urged to report them to council.

Dr Dvir Abramovich, Chairman of the Anti-Defamation Commission, has been spearheading a five-year national campaign to ban the public display of the Nazi swastika and was influential in Victoria’s recent landmark decision to ban the symbol.

He said the swastika “tidal wave” made clear that local white supremacist groups’ online activities were “spilling into the real world”.

Read the article by Emile Olle in The Geelong Advertiser.