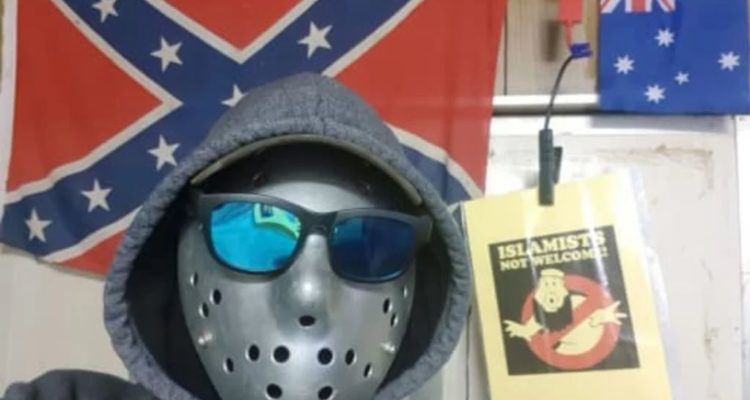 An image shared on the social media sites of a neo-Nazi group based in Australia.

Inside Australia’s ‘terrorgram’: How neo-Nazism spreads in our cities

On September 21, a man using an alias sent an online message to a neo-Nazi who is facing terrorism charges in Adelaide. He was seeking guidance. Using the moniker “Underland”, the man, who lives in NSW, described feeling isolated and “under attack”.

“The more I’m investigating, the more I’m finding we need more support for National Socialism in New South Wales,” he wrote to the terror accused.

The terror suspect (who can’t be identified as he is before court) responded by directing the man to contact the European Australian Movement, a neo-Nazi organisation founded by a notorious Melbourne extremist leader who cannot be named for legal reasons. Underland was delighted: “Yeah awesome, will do.”

The interaction is one of hundreds like it popping up on encrypted communication platform Telegram. They reveal Underland’s rapid descent into extremism, and that a small band of like-minded Australian men, who hide themselves behind masks and aliases, were similarly being drawn in by right-wing extremism.

By April, they had formed their own neo-Nazi cell, the “Illawarra Active” and were meeting face to face.

The encrypted messages provide a rare insight into what US terrorism researchers describe as the “evolution of neo-fascist coalition-building” and “the ways that extremist actors strategically use communications for propaganda purposes on Telegram”.