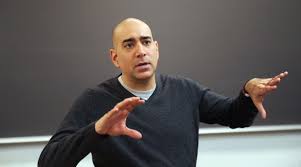 The University of Sydney has backed down on a move to ban prominent American Palestinian advocate Ali Abunimah from speaking, claiming its only concern had been whether he had a valid visa.
The significant pro-Palestinian lobby group on campus, which has had numerous run-ins with university authorities, claimed administrators had bowed to pressure from Jewish community leaders when they late this week cancelled the venue booking where Mr Abunimah was due to speak.

Full report in The Australian