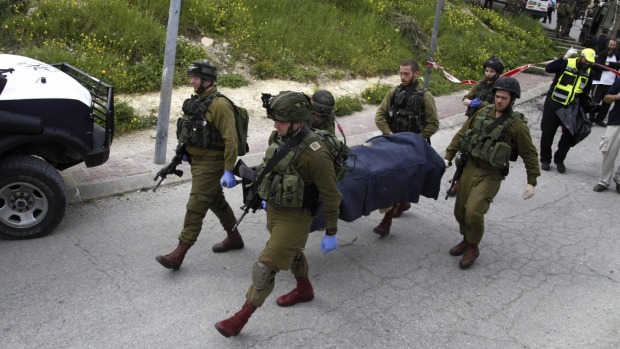 The Israeli military  has detained a soldier who shot a Palestinian assailant in the head as he lay motionless on the ground, an incident that drew outrage on social media networks and was condemned even by a military spokesman as “a grave breach” of the army’s proclaimed values and standards.

The episode began, the military said, on Thursday morning when two Palestinian men stabbed and wounded an Israeli soldier at a checkpoint near a Jewish settlement enclave in the Israeli-occupied West Bank city of Hebron, in what has become a near-daily occurrence in the last six months.

Read more from Isabel Kershner at The Age