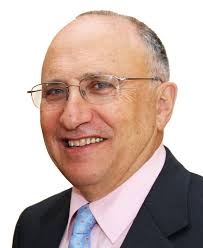 With 18,000 attendees, predominately from the United States, the conference held from March 20 to 22 was “organisationally a tour de force, with the themes emphasised throughout – the catastrophic possibilities of the much-criticised Iran nuclear deal, the need for resumed bilateral negotiations between Israel and the Palestinians rather than the wrong-headed efforts to impose a UN resolution, and the need for an adequate military aid package for Israel – exactly the right ones to stress”, Dr Rubenstein said.