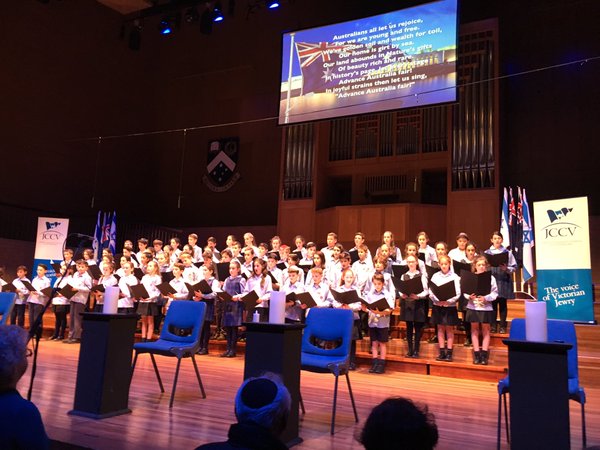 Melbourne remembers victims in Europe and beyond

THE Yom Hashoah commemoration at Monash University’s Robert Blackwood Hall was particularly poignant this year as the theme shed light on the impact of World War II on Jews and Jewish populations that are sometimes overlooked.

Stories from the Sephardi communities of Southern Europe, the Jews in slave labour camps in Siberia and those fortunate to escape to Shanghai only to be enclosed in a ghetto were some of the experiences explored on the evening.

Through clips from the Jewish Holocaust Centre’s archives, musical renditions of Ladino lullabies and Russian poetry, the audience engaged in a different perspective of the impact of the Nazi occupation for Jews in greater Europe and beyond.

The event was hosted by the Jewish Community Council of Victoria (JCCV), whose president Jennifer Huppert told The AJN, “We thought it was time to focus more broadly than Europe and acknowledge the broad range of people impacted by the Shoah.

Full story by Zoe Kron in the Australian Jewish News