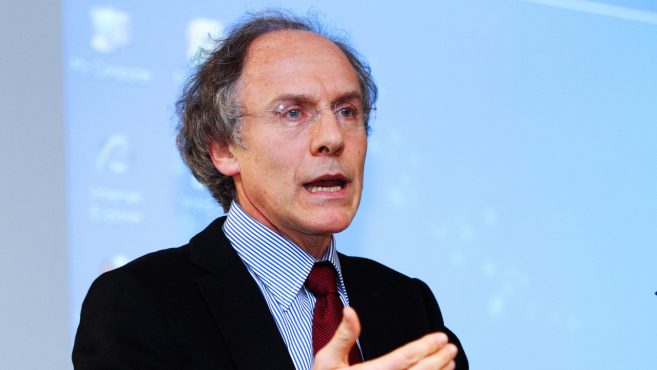 Finkel named Victorian of the Year

AUSTRALIA’S chief scientist Dr Alan Finkel said his new status as Victorian of the Year has placed him in the company of sporting figures, singers and entertainers, and “I’m proud to be in their ­company.”

Finkel – a neuroscientist, engineer, entrepreneur and philanthropist – foreshadowed that in his new role he would continue advocating the opportunities provided by ­science, technology and innovation, as he has been doing as chief scientist.

“It’s the highest award in Victoria, the state in which I very happily choose to live,” the electrical engineer, Mount Scopus College old boy and St Kilda Synagogue congregant, who has served as chancellor of Monash University, told The AJN.

Noting that “we do Shabbos every week at home”, Finkel reflected that his Judaism is “more cultural” than “theistic”.

The son of Polish-born Holocaust survivors – his mother migrated to Australia just before World War II and his father after the war – Finkel praised Victoria as “such a welcoming place for refugees over the years”.