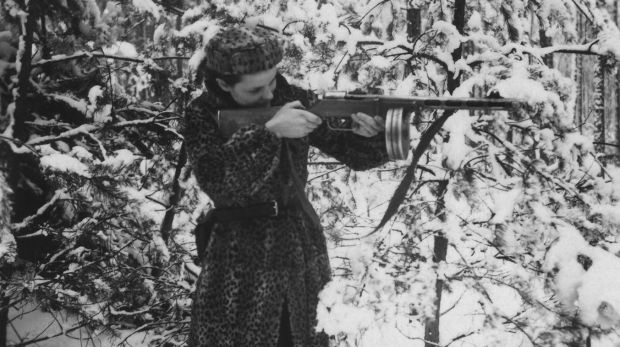 “I’m the only one that’s left from the whole family,” Luba Olenski says. “The only one.”

Books have been written about Luba Olenski’s dramatic life, but they read like fiction.

In 1943, 12-year-old Luba Frank was living a precarious existence in the care of strangers in Bialystok Ghetto in northeastern Poland under Nazi occupation. She hadn’t seen her family for two years. On August 16, the Nazis liquidated Bialystok, and forced the first group of thousands of ghetto residents onto cattle trains for the Treblinka extermination camp.

Somehow – somehow – five people managed to escape from the moving train as it made its passage through the Polish countryside, and roll down the steep slope beside the tracks to freedom. One of them was Luba.

The role of women in the Jewish partisans was small – according to one estimate they comprised about 5 per cent of the fighters. But it’s thanks to one female Jewish partisan – Faye Schulman – that we know much about them at all.

Read the story by Bianca Hall in The Age.