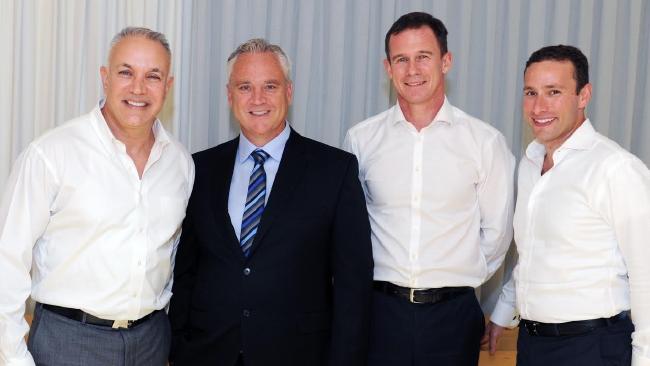 From left to right:

National Australia Bank has formed an “innovation alliance” with Israel’s Bank Leumi and the Canadian Imperial Bank of Commerce, aiming to leverage each other’s insights, relationships and technology to tackle the rapidly shifting environment.

Prior to cementing the partnership in Israel this week, NAB and CIBC six weeks ago used the much hyped blockchain technology powered by global start-up Ripple to test an international transfer of $10. We were able to demonstrate you could do that transaction pretty much in real time,” said Jonathan Davey, executive general manager of NAB Labs.

Mr Davey said NAB reached out to Bank Leumi to better understand the “enormous amount of changes” happening in Israel’s thriving start-up and fintech scene. “There’s an enormous culture driven by innovation and entrepreneurship. We’re also seeing some amazing companies coming out of Israel. So we felt it was important to get access to and understand the changes happening in the Israeli market,” he said.

Read the article by Michael Bennet in The Australian.