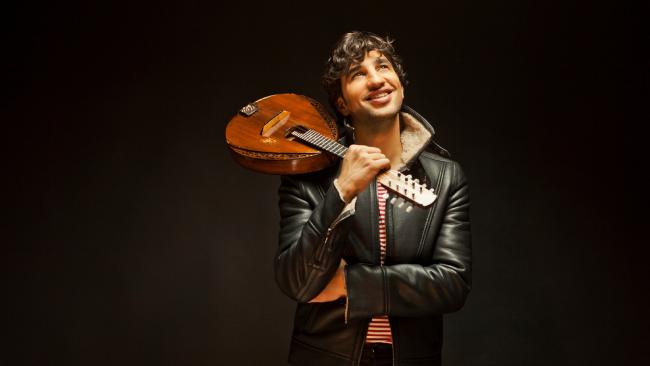 Avi Avital is an unlikely evangelist. Whether performing at the Hollywood Bowl, Carnegie Hall or in “InstaConcertos” for his fans on social media, the 38-year-old Israeli virtuoso represents a new breed of classical musician, the poster-boy for a revolution centred on the humble mandolin.

The first mandolin soloist to be nominated for a classical Grammy award, Avital is determined to bring the instrument to the concert hall. He’s had plenty of opportunities recently, judging from a busy touring schedule that soon will include his second Australian visit in two years. “The mandolin suffers from a lack of authority in the classical world because the classical composers never considered it a concert instrument,” he says, “so it has been frozen on an amateur level since the 18th century.”

He likens the instrument’s position to the classical guitar 100 years ago. The time is ripe, he says, for change.

“The mandolin is a very charming instrument and I think that everyone has some kind of connection to it,” he says. “The mandolin has a very strong history: it’s a part of every musical culture in the world, from the bouzouki in Greece to the oud in the Middle East, so it’s a very antique, primal sound that raises a lot of ­associations in the ears of the listener, whether they’re aware of it or not.”

Read the review by Olivia Caisley, Deputy Social Media Editor at The Australian.