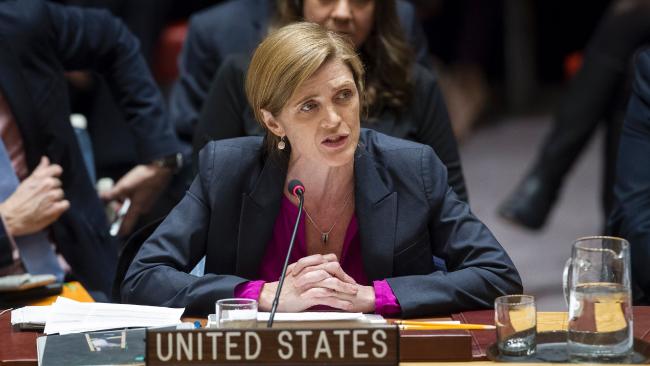 The UN Security Council has passed a resolution overnight declaring Israeli settlements in the West Bank as having no validity after America abstained.

Washington and Israel were embroiled in a bitter row, with officials in Israel accusing Washington of being behind the vote.

An Israeli official had earlier accused President Obama of plotting a “disgraceful move against Israel”, as a vote on settlements caused one final rupture in the relationship between Mr Obama and Binyamin Netanyahu, the Israeli prime minister.

“The US administration secretly cooked up with the Palestinians an extreme anti-Israeli resolution behind Israel’s back which would be a tailwind for terror and boycotts and effectively make the Western Wall [in Jerusalem] occupied Palestinian territory,” the official said.

“President Obama could declare his willingness to veto this resolution in an instant but instead is pushing it … They abandoned Israel and broke a decades-old American policy.”

Egypt first introduced the measure this week, but shelved it on Thursday hours before the first scheduled vote. The delay came after pressure from Donald Trump. It was revived on Friday by four other security council members: New Zealand, Malaysia, Venezuela and Senegal.

For decades, the US has vetoed resolutions that called Israeli settlements “illegal”. So the language in the Egyptian draft was crafted to allow Washington to abstain. Instead of using the word illegal, it said the settlements “have no legal validity”.