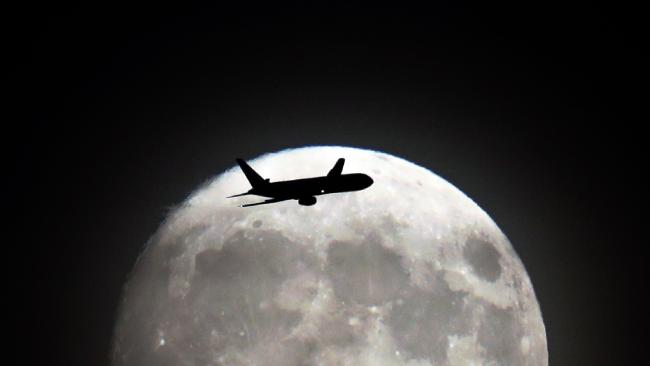 Astronomers argue over the origin of the moon, with many experts convinced it was born in a hellish flash when an errant planet about the size of Mars smashed head-on into the early Earth.

On Monday, however, researchers in Israel released new calculations that suggest the moon was instead forged in a brutal rain of cosmic debris that repeatedly hammered the fledgling Earth over millions of years. They reported their new theory — the product of more than 1000 computer simulations — in Nature Geoscience on Monday.

They determined that a series of smaller impacts, which were probably more common in the early solar system, could blast enough Earth rocks and dirt into orbit to form a small moonlet. As repeated impacts created more balls of debris, they could merge over time into one large moon, the scientists said.

“We simulated lots of impacts computationally,” lead author Raluca Rufu, a planetary scientist at the Weizmann Institute of Science in Rehovot, Israel, said in an interview.

“We saw that about 20 impacts would indeed give us a lunar-sized moon.”

Read the full article by Robert Lee Hotz of The Wall Street Journal at The Australian.