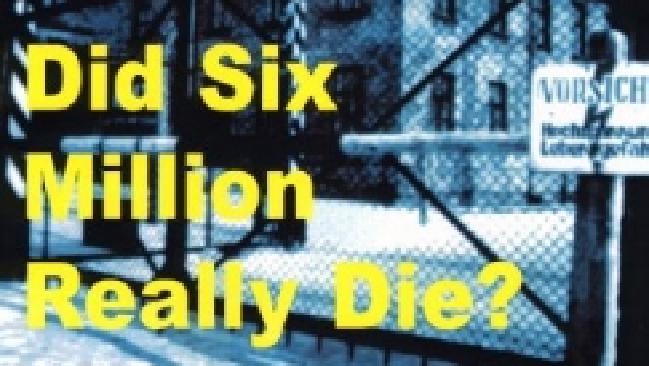 Amazon Australia: ‘a gateway for young people to enter a world of hatred’

A LEADING civil rights organisation has called on Amazon Australia to pull “anti-Semitic and Holocaust denial books” from its site.

Books including Did Six Million Really Die?’, The Hoax of the Twentieth Century,The Jew as Criminal and The Myth of the Extermination of the Jews are available for purchase on the site. They vary in cost from $1 to more than $20.

In the book The Six Million: Fact or Fiction author, Peter Winter, accuses Holocaust survivors of “outright lies and forgery”.

Amazon Australia — an arm of the world’s biggest online book seller — could not be contacted for comment by news.com.au.

Dr Dvir Abramovich, the chairman of the B’nai B’rith Anti-Defamation Commission, a Jewish civil rights organisation, told news.com.au that Amazon Australia “should not be a hothouse and a cesspool of racism and xenophobia”.

“(It’s) a gateway for young people to enter a world of hatred,” he said.

“It is inexcusable for Amazon Australia to serve as platform for bigots to disseminate and propagate their toxic and harmful invective.”

Dr Abramovich said the sale and consumption of the books promoted continued hatred against Jewish people.

“By demonising and defaming them, that denies and trivialises the Holocaust, and which foments racial violence and should not be normalised and mainstreamed,” he said.

“It’s revolting to think that Amazon Australia is profiting from its selling of this noxious material to a potential audience of billions.”

The site also promotes recommended reading of anti-semitic books including The Jews and Their Lies and The Synagogue of Satan to readers through ‘others also bought’ alerts.

Dr Abramovich said the “despicable writings” contained “blood-curling excerpts and … testimonials from readers who usually laud the lies and conspiracy theories that the books try to spread”.

“Companies have a moral responsibility and should review and evaluate their practises and guidelines,” he said.

“We urge Amazon Australia to do the right thing, and to withdraw these titles from its virtual shelves immediately.”

Read the full article by Megan Palin at news.com.au.