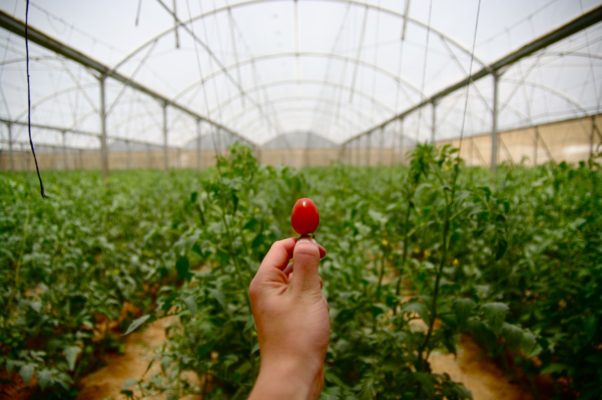 Australia can learn from Israel’s chutzpah on farm technology

Australia has great potential in agricultural technology. But the big brown land could also learn from a very small agricultural nation that is also perennially short of water: Israel.

Famed for revolutionising irrigation with drip technology and making the desert bloom, Israeli agricultural technology companies are now at the forefront of innovations as diverse as organic pesticides, automated grafting and bioengineering. They’re even working on making 3D-printable chicken meat a reality!

A paucity of arable land and serious frictions with neighbouring states made food security a challenge from the birth of the nation. The impetus has been strong ever since to drive water efficiencies.

Today Israel leads the world in crop output per water unit. It also manages to recycle a remarkable 80 per cent of its water (Spain is world No.2 with 20 per cent.)

Cultural traits associated with this struggle have become national points of pride, and innovation stimulants. Chutzpah, roughly translating to “audacity”, is a willingness to try things that might seem outlandish, to hustle for a result even if it’s not by the book. Yalla, meaning “let’s go!”, is incanted often as a sort of turbo-charged “make hay while the sun shines”.

Cultural factors are, of course, tough to replicate. Blessed with abundant arable land and national security, Australia has traditionally enjoyed more of a “she’ll be right” culture in agriculture. This will not change overnight.

Fortunately, there are other practical factors Australia can look to take inspiration from, such as access to capital.

In Israel, one issue on which successive governments of wildly different stripes have agreed, is that public funding of innovation is a no-brainer.

Government has not concerned itself with capital stakes or return on investment, instead calculating that grants, and not loans, foster a culture of innovation that returns to the nation at a macro level.

Read the full article by Ben van Delden at the Australian Financial Review.