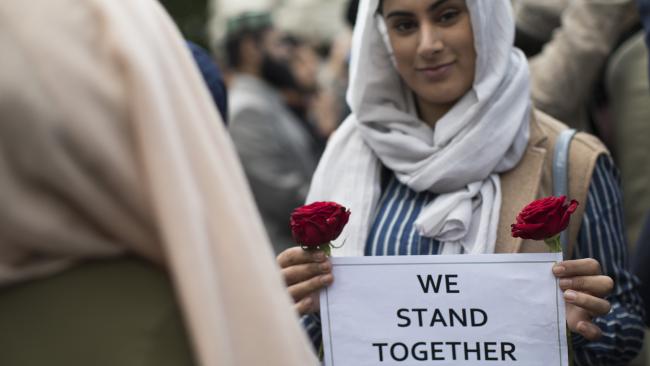 In a letter published yesterday in Britain’s The Sunday Times, the group also complains that the debate about tackling extremism is dominated by men and must involve women.

Challenging the government and fellow Muslims after attacks in London and Manchester killed 35 people, including two Australians, the women call for recognition of the “link between violence against women and other forms of hate”.

“Hateful ideology is a vehicle for a toxic masculinity that seeks solace in extreme violence,” they write. “Therefore, we must ­address this appropriately and include women in the debate who may be able to help counter how young men are raised or being indoctrinated to hate.”

The letter argues: “The battle against extremism is a gener­ational struggle and one that impacts us all. It requires active engagement of all Muslim communities. It would be wise, therefore, to include, empower and support diverse Muslim women in combating extremism.”

It calls for recognition of “the gendered aspect to extremism where hateful ideology also seeks to suppress women, and where violence against women is often connected to both crim­inal and subsequent extremist behaviour”.

Read the full article by Andrew Gilligan of The Sunday Times, at The Australian (subscription only).