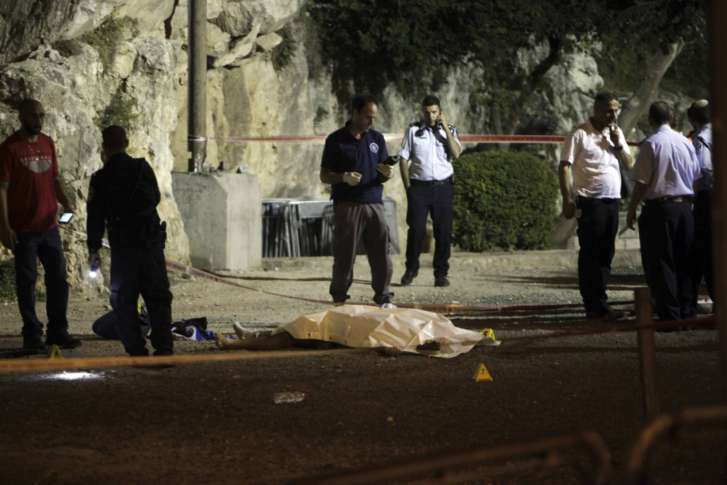 The attacks occurred simultaneously in two areas near the Damascus gate of Jerusalem’s walled old city.

At one scene, two Palestinians were shot and killed after opening fire at and trying to stab a group of Israeli police officers, police said. At the other, a Palestinian stabbed a border policewoman, critically wounding her, before being shot dead by police.

A second Israeli officer was also injured in the attacks.