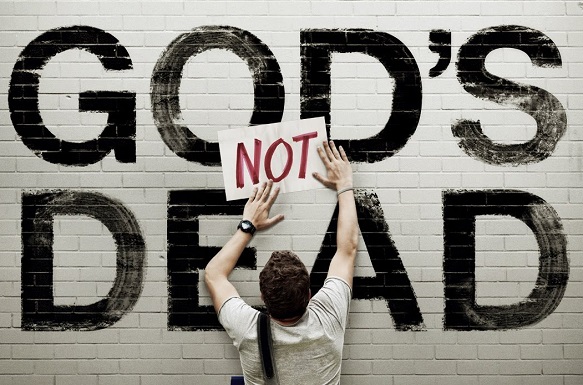 Whatever the census says, God ain’t dead yet

If God is dead for more and more people, then why this feeling that He’s stalking me like an emotionally abusive partner?

This week’s census bombshell has secularists ululating, rationally: for the first time people subscribing to “no religion”, about 30 per cent of Australians, comprise the biggest religious group, pipping the Catholics at 23 per cent. And while we were focused on the government’s internal ructions over Christopher Pyne scheming behind closed doors about same-sex marriage to Liberal Party wets, in the US a new poll found two-thirds of Americans now support marriage equality, while in Germany, in a surprise shift, Angela Merkel said she would allow a free parliamentary vote on same-sex marriage. The ground is shifting and yet we’re standing still.

Not a nice thing to say, but synagogues give me hives. My favourite snack is pork bow at Nam Loong on Russell Street. I’m a very naughty Jew. But for me, ticking any box other than “Jewish” on census night would amount to a betrayal of my relatives murdered in the Holocaust. They did not have the choice of opting-out of Jewishness. When I consider the question of religion in the form, history is breathing down my neck and my “choice” is really no choice at all.

Read the opinion piece by Julie Szego in the Sydney Morning Herald.