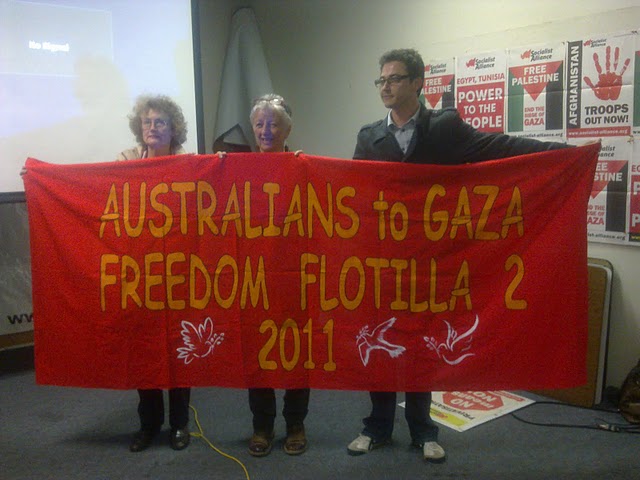 NSW Labor has dumped a pro-Palestine activist who supports the boycott, divestment and sanctions movement from a planned appearance at its conference later this month after becoming aware of her affiliation with the Greens.

Sydney woman Vivienne Porzsolt is a secular Jew and founding member of pro-Gaza group Jews against the Occupa­tion, who was arrested and deport­ed from Israel in 2011 alongside former NSW Greens MP Sylvia Hale.

The pair had joined the “Freedom Flotilla II” of activist boats that tried to sail from Greece to break the Israeli naval blockade in Gaza by providing food and other aid to Palestinian Sunni Islamic­ fundamentalist organisation Hamas, which is designated as a terrorist organisation by the US, EU, Israel, Canada and Japan.

Ms Porzsolt, 75, has written numerous articles for Green Left Weekly, including a 2014 article entitled “BDS is our weapon to defeat Israeli apartheid”, which was based on a speech she gave at a far-left Socialist Alliance event.

Read the full article by Rachel Baxendale at The Australian (subscription only).