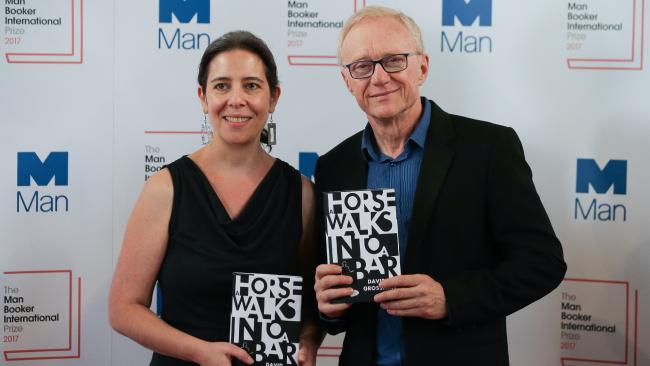 Don’t miss David Grossman’s A Horse Walks into a Bar, a novel that offers profound insights into the soul of a nation and of one of its hapless citizens, and a testament to the art of storytelling and literary translation.

“Is it the translator’s job to send a reader abroad and preserve the foreignness of the book, or to adhere more closely to the sensibilities and particularities of the language it’s being translated into?” This question was put to Spanish translator Megan McDowell in an interview with The Paris Review after her translation of Argentinian writer Samanta Schweblin’s Fever Dream became a finalist for this year’s Man Booker International Prize.

The winner of the prize was Grossman’s A Horse Walks into a Bar, translated from the Hebrew by American translator Jessica Cohen. Grossman’s extraordinary book is presented in colloquial American (“I get creeped out”) while absolutely maintaining its Israeli sensibilities and foreignness. This is clearly the mark of a fine translator.

Cohen’s greatest achievements are capturing and maintaining the wild variations and digressions in the voice of its disintegrating, confessional stand-up comic and the shifting dynamics of a restive audience throughout a manic two-hour performance.

Read the article by Agnes Nieuwenhuizen in The Australian (subscription required).