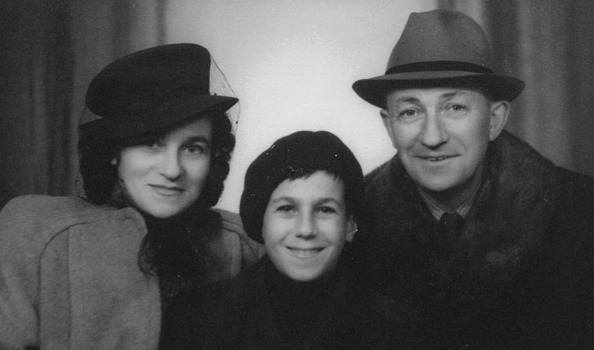 Peter Nash is looking at a photo of himself, aged 3, sitting with his mother on the first class deck of the SS Scharnhorst, a German liner his family had boarded in Genoa on April 26, 1939.

Being so young, Nash remembers nothing of that voyage, though the route took his family through the Suez Canal with stops at Colombo, Manila and Hong Kong before the Scharnhorst docked at its final destination: Shanghai.

“What I know is taken from the photos,” says Nash, now 82 and the author of Escape From Berlin, an account of the years his family spent in wartime Shanghai. One by one, he goes through other photos taken by his parents, Herbert and Ingeborg Nachemstein, on that voyage of escape.

Here’s the infant Peter posing in his cossie by the ship’s swimming pool. Another captures his first game of table tennis (he later became an Australian university champion).

Read the article by Steve Meacham in The Australian Financial Review.