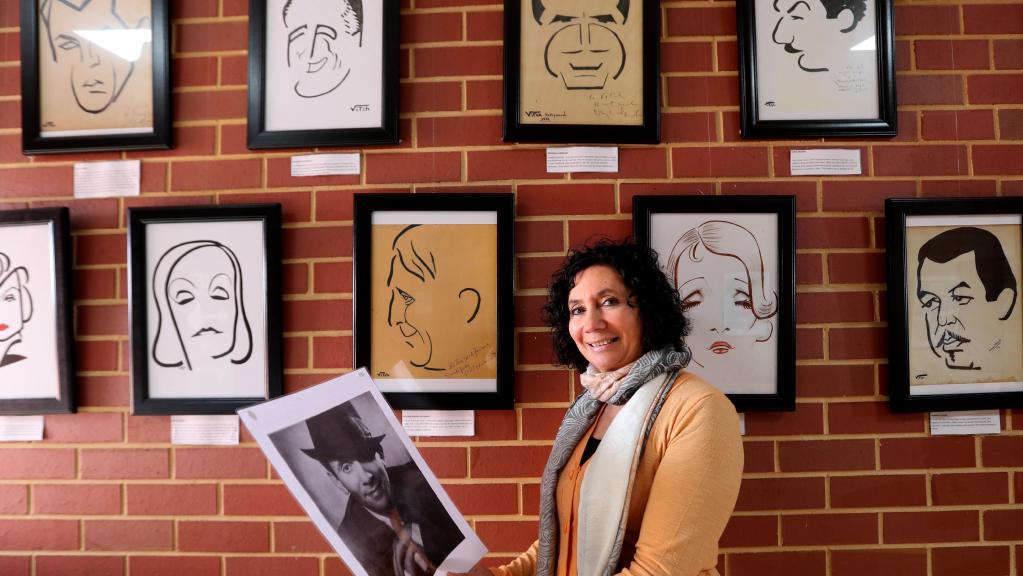 I loved my Jewish dad, and so did Goebbels

Lisa Cortez knew her dad Eddie Vitch was a Jewish mime artist who made Nazi leaders Hermann Goering and Joseph Goebbels laugh as he hid in plain sight of Germany’s Third Reich at the height of World War II.

But in making a documentary about his improbable life — which he lived out in Adelaide — Ms Cortez discovered more about Vitch’s torment for the fate of his Polish family, most of whom perished in the Holocaust.

Vitch, born Ignace Levkovitch, suppressed his Jewish heritage after leaving Poland to travel through Germany, France and America between the world wars.

He drew caricatures of dozens of Hollywood stars, including Greta Garbo, Clark Gable and Joan Crawford, in the 1930s, and credited his friend Charlie Chaplin for his start as a mime artist.

But in 1934 he was deported from the US and forced back to Europe.

As the war began, he was performing alongside entertainers Edith Piaf and Josephine Baker in Paris, where the occupying Nazis later noticed his talents.

Ms Cortez said her father, bearing a Jewish surname, feared arousing suspicion if he refused a Nazi party request to perform in Germany throughout 1941 — while his beloved family members in Poland were caught in ghettos and sent to concentration camps.

Read the full article by Meredith Booth at The Australian (subscription only).