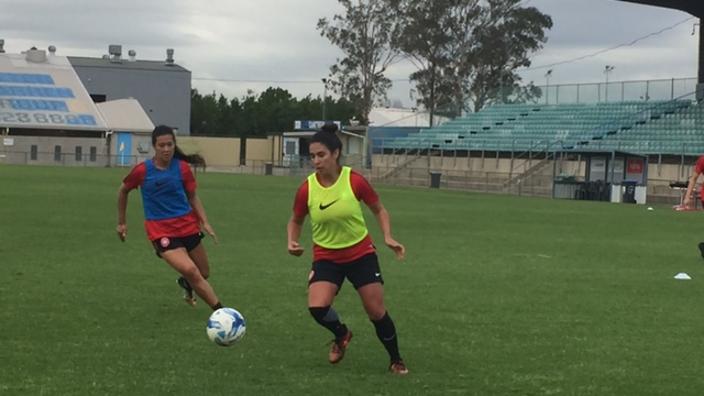 Western Sydney Wanderers Lee Falkon has played football in Israel and all over Europe. The midfielder who was signed in September for the Westfield W-League says she’s not content to just make up the numbers.

Israeli import Lee Falkon is one reason the W-League has attracted attention from around the world.

The Western Sydney Wanderers player has a burning desire to end the sides’ wait for a place in the finals.

Falkon was born on a kibbutz, a collective community in Israel, after her American mother left the USA to learn Hebrew.

Growing up Falkon travelled the globe playing sport – and football has become more than just a game to her.

“I have so much passion for football, I love this game” she told SBS World News.

Read the full article by John Baldock and watch the video (1:33) of the news clip at SBS news.